In an age when many organisations are still confused by social media Sgt Colin Taylor and the Isles of Scilly police force get it right. Big lessons from our latest Award winner. 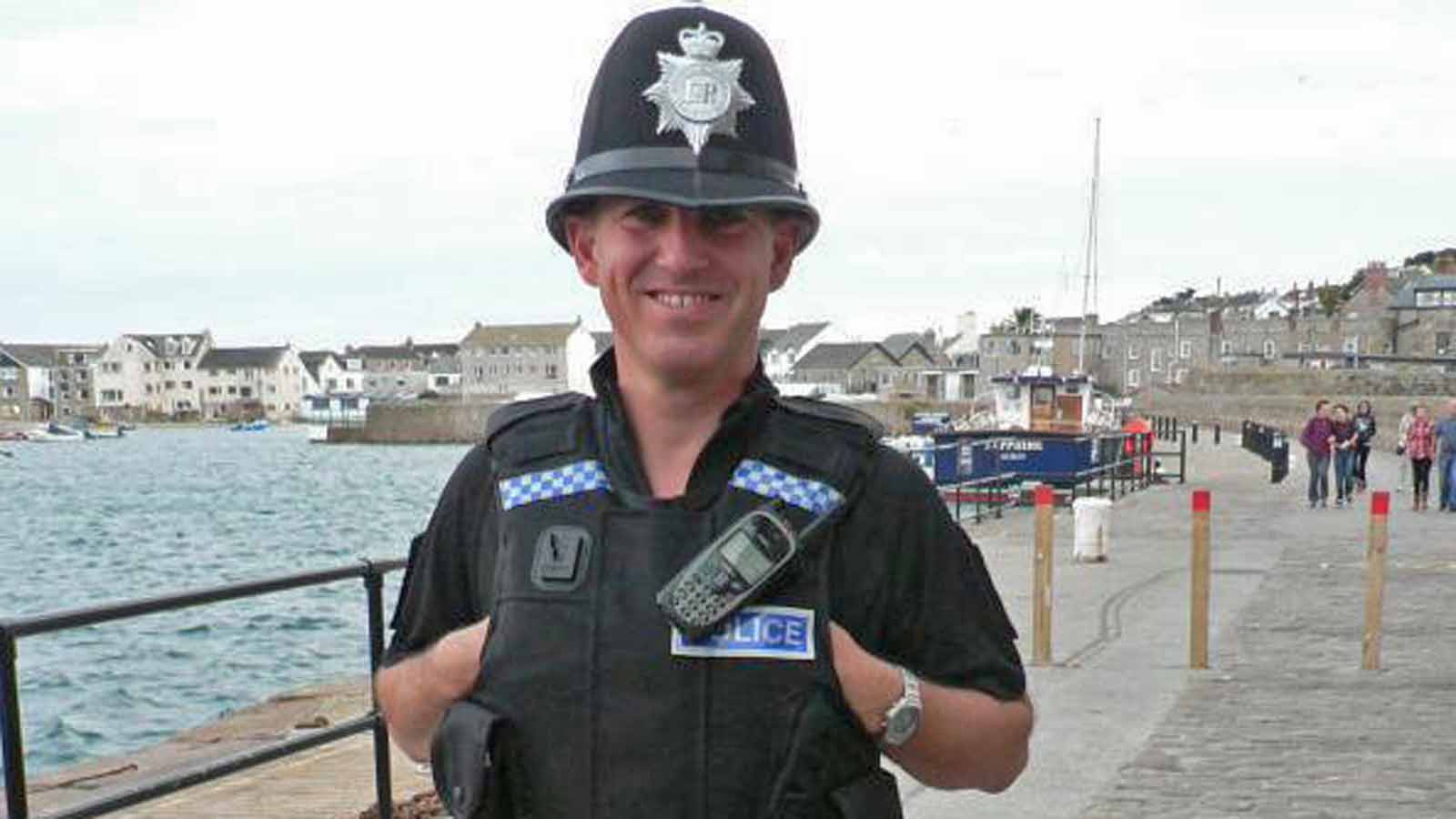 The most curious of crimes wash up on the rugged shores of the Isles of Scilly. And over the last 5 years Sergeant Colin Taylor has meticulously recorded and shared the best of them.

The quirky tales he tells of his virtually crime-free beat have become an internet sensation – attracting an army of nigh on 70,000 social media fans, and now a book to his name (soon to be dramatised for TV too). His Facebook page alone has over 25 times as many followers as the entire population of the islands!

Warm and witty, Sergeant Taylor’s Facebook posts, videos and stories have gone a long way towards humanising the police force, building deeper levels of trust and most definitely promoting these beautiful islands too.

In an age when many institutions and businesses are still confused by and fearful of social media Sergeant Taylor and the Isles of Scilly police force (all 3 of them) get it just right.

The rather lovely Colin is leaving his post on the island of St Mary’s at the end of this week for a new job on the Mainland. I’m a big fan of these islands and I’ll genuinely miss his updates. Before he goes, and to thank him for the brilliant entertainment over the last few years, we’d like to offer him a coveted Valuable Content Award for his sterling social media efforts.

Here’s why we think the Scilly content approach needs recognition, with ideas you can take away to up the trust and love in your own business too. 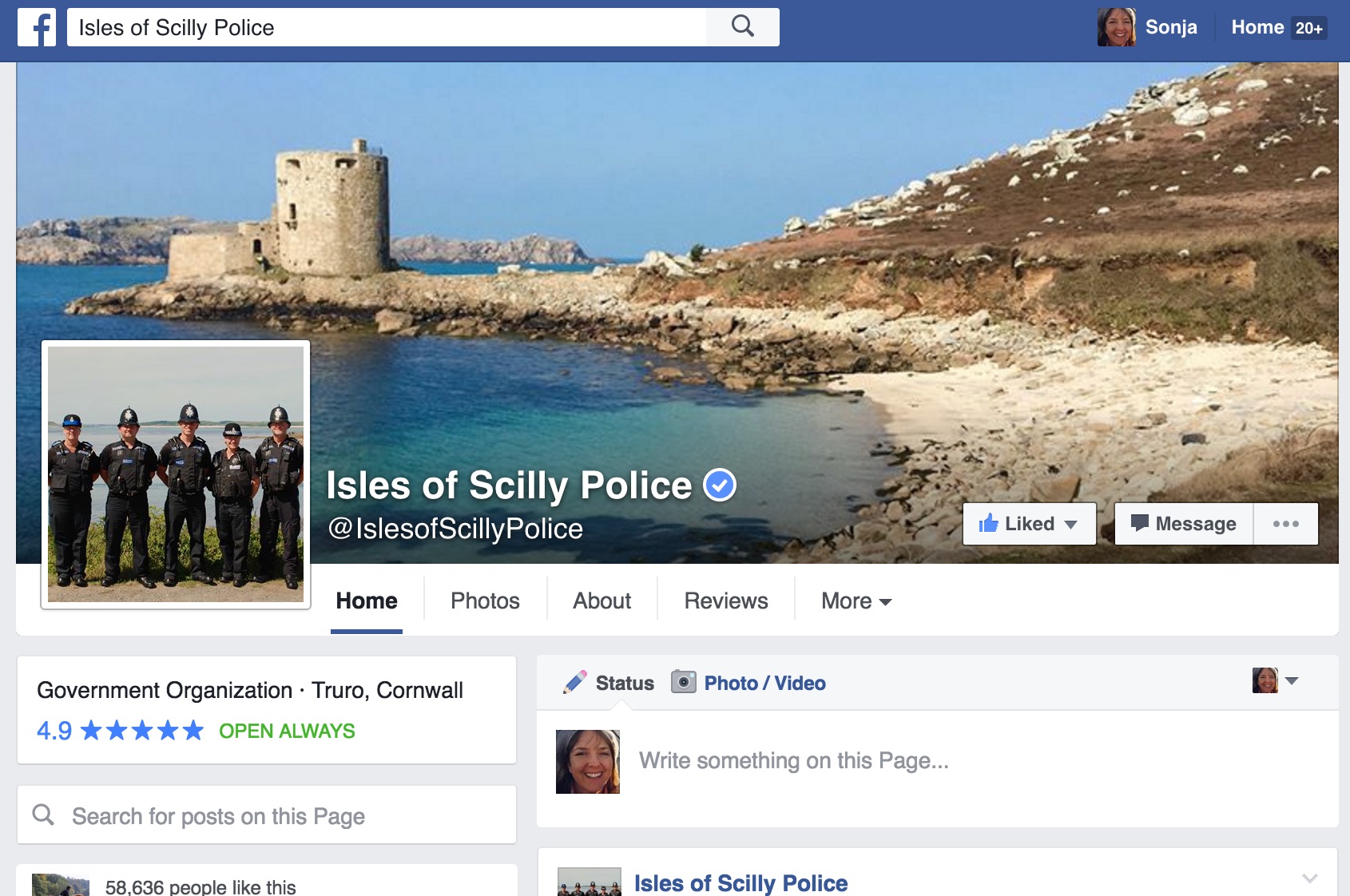 The Facebook feed Sergeant Taylor runs first became famous when he published a job ad for a new police constable for the islands. People applied from all over the world (even offering baked goods as bribes).

He is a natural writer – warm, funny and immensely likeable.

“We will faithfully record each and every theft reported to us. For instance, the person(s) who took the arm and leg bone of Captain Jack Sparrow from Bryher Boatyard should reconsider their skulduggery. Another recorded victim, another crime.”

What’s not to love!

The Isles of Scilly Police feed has it all – stories of crime, cats and the mystery of a fried egg. 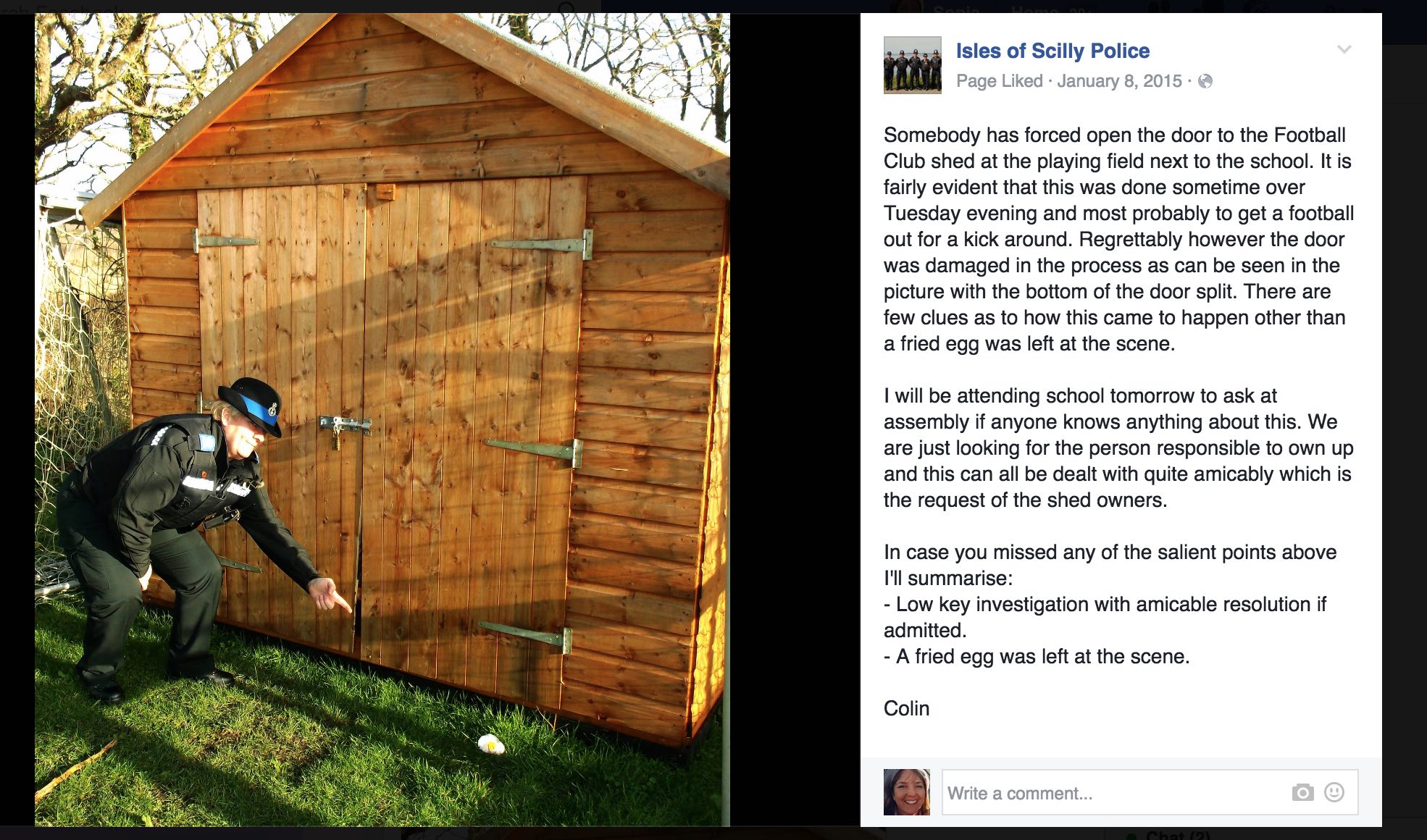 Crime watch! When police officers were left puzzled by a fried egg left at the scene of a shed burglary.

He’s not a native of the Isles but he’s obviously loved his 5 year stint on the Scillies amongst the community of characters whose home he shares.

His stories have become the best advertisements for the Isles of Scilly as a tourist destination. He’s certainly done his bit to make a positive impression, and build the love of this beautiful part of the UK.

Sergeant Taylor and the team take a very personable approach to policing – engaging with the public whether on Facebook or out on patrol.

“We are one dimensional to many people. Humanising the police force is very important to me. We’re not expendable.”

Trust is a serious business

Scilly is not (quite) the land that crime forgot so it’s not all humorous. Sergeant Taylor’s likeable, lighthearted posts have a serious intent. The engagement and good will he’s built up come to the fore when issues occur too.

It encourages people to trust him.

“You cannot fear – or resent – a man that tells you a fried egg was left at a crime scene. If he then asks you, say, to use a seat belt – you may actually do it.” (Quoted from Sunday Times Magazine, August 9th 2015)

If our police force can use the web and social media to show its human side and make it loveable then any organisation can – whatever industry you’re in, however professional your space.

If you want to build trust and make a positive impression, take a leaf out of Sergeant Taylor’s book:

A different kind of police badge

Sgt Taylor, his wife, two children and cat will be returning to the family home near Exeter this week, where he will take up a position as a Detective Sergeant in child exploitation.

“There will always be a little bit of me that will be Scilly. It’s a magical place. It has been a pretty remarkable five years.

“But it will be quite nice to be off duty. On the Isles of Scilly you can rarely if ever consider yourself off duty. The job has opened doors for me that I never knew existed.”

Congratulations Colin, and thank you. I’ll miss your posts but love the new book – Life of a Scilly Sergeant.

Your very well deserved Valuable Content Award is on its way – a different kind of badge to pin to your lapel. 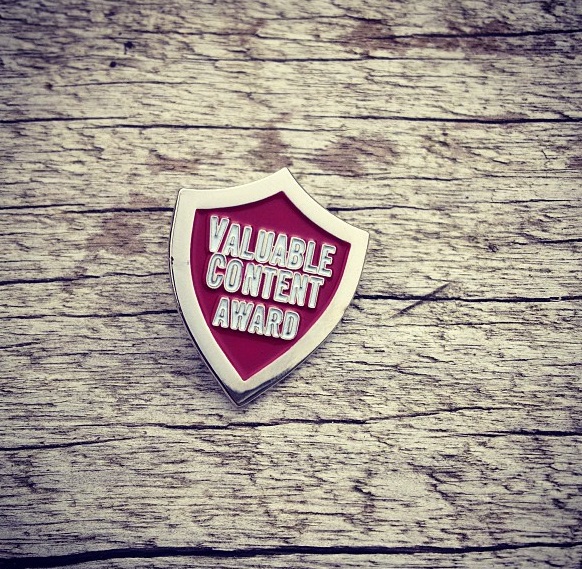 Other VC Award winners to nick ideas from:

Get fresh updates delivered to your inbox

This site uses Akismet to reduce spam. Learn how your comment data is processed.